The power of hemp with Dr. Rainer Melzer 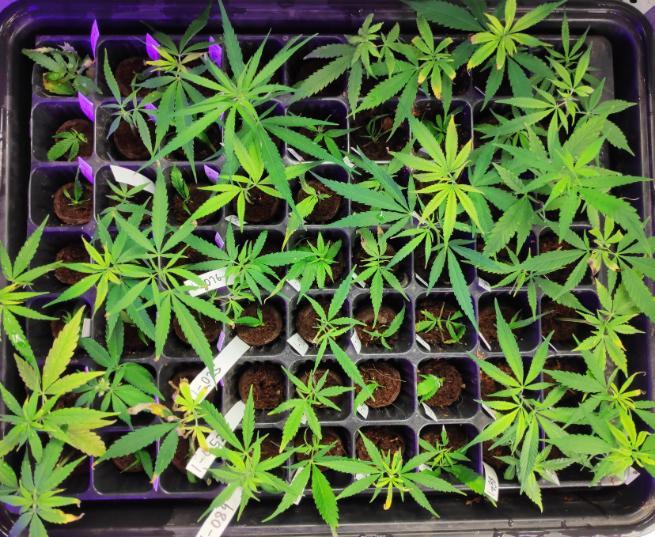 Flower power, crop science and the future of hemp research with Dr Rainer Melzer, School of Biology and Environmental Science.

Q: Your lab is called UCD Flowerpower. Tell us about the lab and what drew you to study plants and flowers?

A: In the lab I’m collaborating with Susanne Schilling (Assistant Professor in my school) on several hemp projects. We also have several PhD students, Caroline Dowling, Jiaqi Shi and Sirui Pan working on flowering time and flower development in hemp and also flower development in wheat. Together with Jon Yearsley (Assistant Professor in my school) and Mauricio Cruz-Mantoani (postdoc) I’m working on an EPA funded project on ryegrass phenology.

I think my interest in plants and flowers comes from a mixture of different things. When I started as an undergraduate, I wanted to study zoology. But I found the plant lectures more interesting. A new professor was appointed, Günter Theißen, he worked on flower development. I went to one of his talks where he presented his science and I was intrigued by that. I was just fascinated by the genetics and by the mutants he described. That fascination never really left me. I also find flowers really visually beautiful.

I don’t study plants because they are economically important or for the environment.  That is if course a reason that drives funding but that is not my main internal motivation. My main internal motivation is more a kind of curiosity to find out how things work. Maybe that is true for many researchers. I suppose in many cases people just want to understand things, how they work. 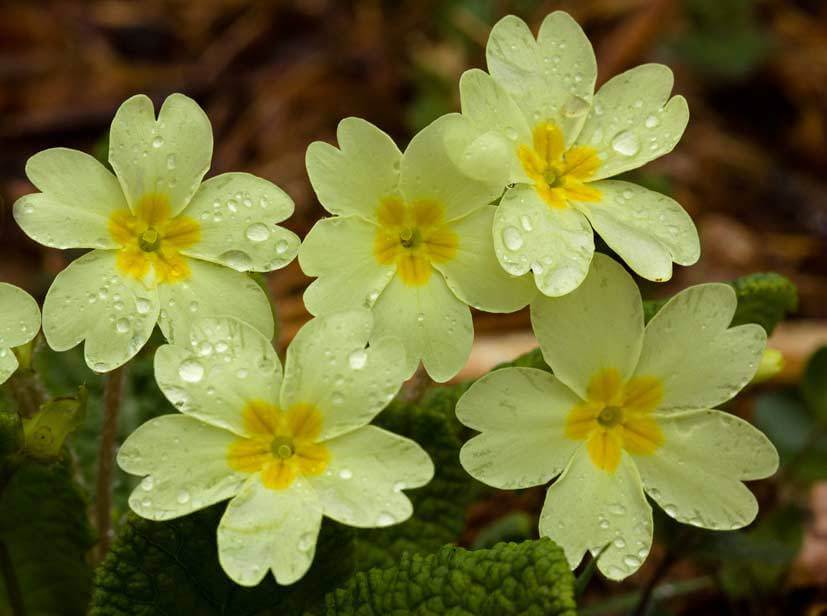 “My main internal motivation is more a kind of curiosity to find out how things work. Maybe that is true for many researchers. I suppose in many cases people just want to understand things, how they work”

Q: You and Antoinette Perry are leading an Earth Institute Strategic Priority project called HempHub bringing together lots of different research approaches on hemp. Tell us about your interest in hemp.

A: Hemp is interesting from a diversity of angles. Hemp is unusual among flowering plants in that it produces male and female flowers. Most plants have bisexual flowers where you have male and female organs in one flower. But in hemp that is separated, and in most hemp lines it’s even separated on different plants, so you have male plants and you have female plants. We know there is a genetic component to the sex determination, but we do not really understand how this is controlled in detail.

Beyond that, hemp is of course a true multipurpose crop. There are some medicinal aspects that are currently studied, the production of CBD for example. From an environmental perspective, the plant grows quickly and can fix a relatively large amounts of carbon. Some estimates say as much per hectare as a forest. The whole plant is also useful: you can use the seeds or the flowers for oil production, the stalks for insulation material, the fibre can be used for clothes.

From a research perspective it is also interesting because that there has been very little research on hemp in the last hundred years, because it was banned in most countries. In this time, we have made tremendous progress in biology and molecular biology and genetics. With those bans beginning to being lifted, we can now use all those tools that we have to study a plant that we know relatively little about.

“From an environmental perspective, hemp grows quickly and can fix a relatively large amounts of carbon. Some estimates say as much per hectare as a forest”

Q: As well as studying plants you sometimes intervene into their development to improve certain aspects, how does this work?

A: What we are trying to do at the moment is understand the plant and use the natural variation that exists. In hemp for example, there are different hemp lines that flower at different times. If we understand which genes are important for controlling the flowering time, that can also facilitate breeding because we can cross early and late flowering lines with each other. We can specifically select certain genes that contribute to whichever aspect we want and then accelerate the breeding process.

What we are not doing at the moment with hemp is using gene technology to modify genes in a targeted matter. We do that in other projects, like wheat for example. But in this case our questions are more basic research related because one can’t easily grow genetically modified plants in the European Union. For hemp we have a huge resource of morphological and genetic diversity in the species that can be exploited before we need to modify the plant with gene technology.

Q: Do you think there is some public misunderstanding of genetic modification technologies?

A: I wouldn’t call it misunderstanding, but there is room for improvement. I think the term genetic modification is a scary term for a lot of people, probably. I can understand where they are coming from, but I think in a lot of cases those genetically modified plants have been analysed for decades now. I think there’s no indication that they are generally more dangerous than other crops.

Another issue is that it’s sometimes difficult to see the benefit genetically modified plants. Benefits are easier to see in other systems. Insulin for example, is produced by genetically modified bacteria. Before that was done the insulin was isolated from pigs or cows. It works but it’s not really optimal. There was a huge benefit to using gene technology and producing insulin in bacteria. Nobody is really seriously debating that this is wrong.

If we had genetically modified plants where the benefits for the end user would be similarly massive, maybe then the opinion would change. But most genetically modified plants make it easier for the farmer to grow them, because one doesn’t need to apply as many pesticides or herbicides. The end user doesn’t immediately see that. Also, in the western world there is no shortage of food so people may not see the immediate need to improve plants using gene technology.

“I know intense agriculture is under a lot of criticism, and I think there is a certain tension there that is not really easy to resolve, because we just need to produce food for people, but I think, without having numbers to hand, that with organic farming we wouldn’t be able to feed 7 billion people”. 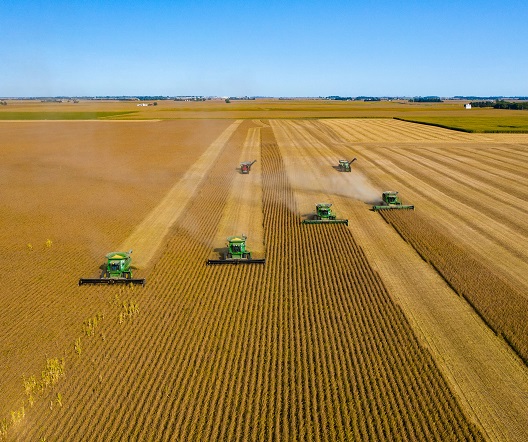 Q: How do innovation in crop science help to feed more people and also impact less on the environment?

I think there are a lot of genetic developments that help to improve crops. Researchers can, for example, use genetics to improve pathogen resistance, which means that less pesticides are required, which has beneficial effects for the environment.

I know intense agriculture is under a lot of criticism, and I think there is a certain tension there that is not really easy to resolve, because we just need to produce food for people, but I think, without having numbers to hand, that with organic farming we wouldn’t be able to feed 7 billion people.

A: To me what would help is if we changed our habit of what we actually eat. If we would move towards a plant-based diet, that would already free up a lot of resources. If you feed grain to an animal, you of course need to feed the animal much more grains, because the animal also needs to live. So there is a factor of loss, if you use grains or soy for animal feed and not for humans directly. I also understand that this is difficult, because in Ireland and also elsewhere a lot of farmers’ livelihoods depend on animals. You don’t want to destroy the livelihoods of people.

Q: Are you interested in the historical and ancient uses of plants?

A: I’m interested in that a little bit. It doesn’t drive my research directly. What I find fascinating is that there is a school of thought that says if we would not have domesticated plants, then our entire society would look completely different. When humans were hunters and gatherers, they moved from one place to another, and only the domestication of plants allowed them to stay in one place and produce enough food so that you don’t need to move around. If you can stay in one place you can build more permanent homes. Societies get larger because you can produce more food. But then people are also living more densely populated so diseases can spread more rapidly. I think the domestication of plants triggered an entire cascade of subsequent events that we probably don’t always appreciate.

Q: You’ve got some great puns in your article titles. My favourite was ‘MADS-box genes and crop domestication: The jack of all traits’. Is that a biology trend or just your preference?

A: I think it comes from my PhD adviser because he also used to have a tendency to use funny titles for his papers. I think to some extent I was inspired by that. Some people don’t like that, but I think though research itself has to be serious, but we don’t have to talk about it without laughing.

About the Author: Caitriona Devery

Caitriona is the Research Manager at the UCD Earth Institute and UCD School of Mathematics and Statistics. Caitriona also…. 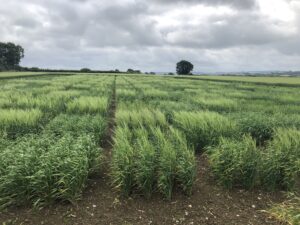 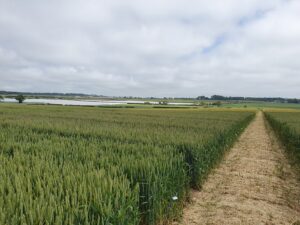 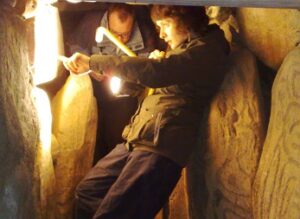